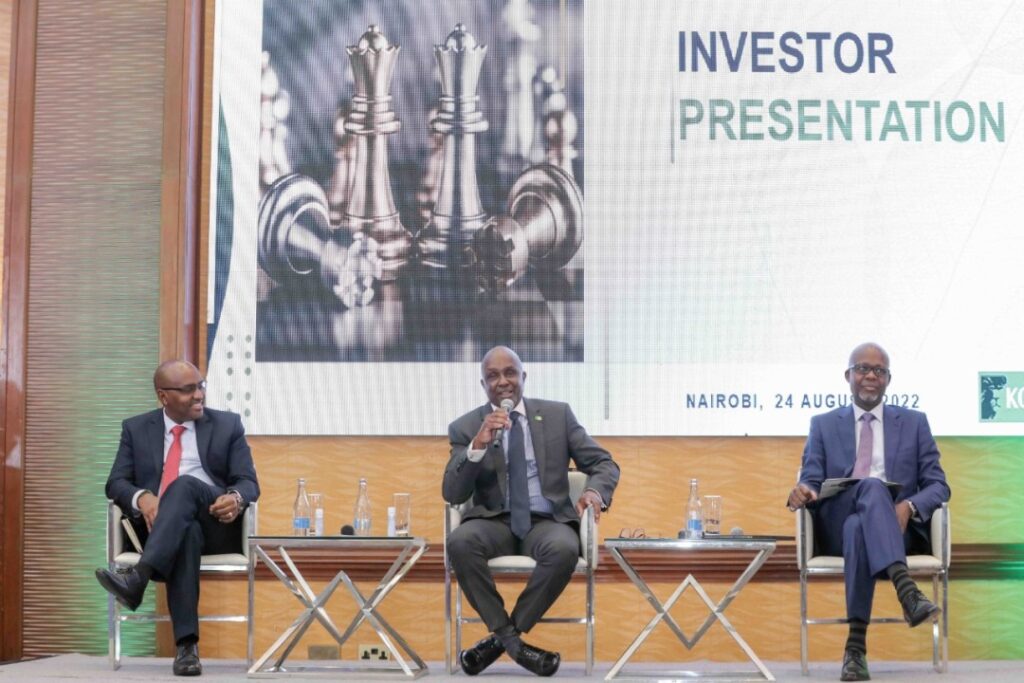 KCB Group has posted a Sh19.6billion half-year profit, marking a 28.4 per cent growth from Sh15.3billion posted in the same period last year driven by improvement in non-funded and funded income.

Additionally, the international subsidiaries increased their overall contribution to the Group’s performance.

Total operating income increased by 16.8 per cent mainly driven by a 29.9 per cent growth in Non- Funded Income.

Group businesses increased their profit contribution to 16.8 per cent driven by new business growth and the impact of BPR Bank in Rwanda.

“We delivered solid results, supported by our diversified business model as we sharpened our focus on customer obsession and execution to better support our customers in a rather difficult operating environment,” said KCB Group CEO Paul Russo.

Interest income grew by 15.7 per cent to Sh54.5 billion mainly driven by a 31.5 per cent growth in income from government securities.

This was partially offset by a 30.3 per cent increase in interest expense as cost of funding marginally increased during the period. Net interest income increased by 11.5 per cent to Sh40.6 billion.

The 29.9 per cent jump in non-funded income was driven by lending fees, services fees – on account of increased activity especially in trade finance and foreign exchange income.

This performance boosted the Group NFI ratio to 32.1 per cent compared to 28.9% achieved in the previous year.

Provisions decreased 34.4  per dent largely due to a drop in corporate and digital lending impairment charge.

Operating costs went up by 20.3 per cent on consolidation of BPR Bank in Rwanda, increased spend on customer acquisition initiatives, investment in technology and higher staff costs.This increase drove up the Group cost to income ratio to 45.7 per cent

Looking at the balance sheet, total assets stood at Sh1.21 trillion for the period, up 18.4 per cent on additional lending, deposits growth, and the consolidation of BPR subsidiary.

Customer loans increased by 20.2 per cent to Sh730 billion from new disbursements across the Group while customer deposits grew to Sh909 billion, up by 15.6 per cent from the previous year.

Shareholders’ funds grew by 17.1 per cent to Sh179.1 billion on improved profitability for the period.

“Looking ahead, we remain confident of a stronger second half and an economic turnaround across the region. We remain focused on delivering on business growth while at the same time continuously building a socially responsible and sustainable business,” said KCB Group Chairman Andrew Wambari Kairu.