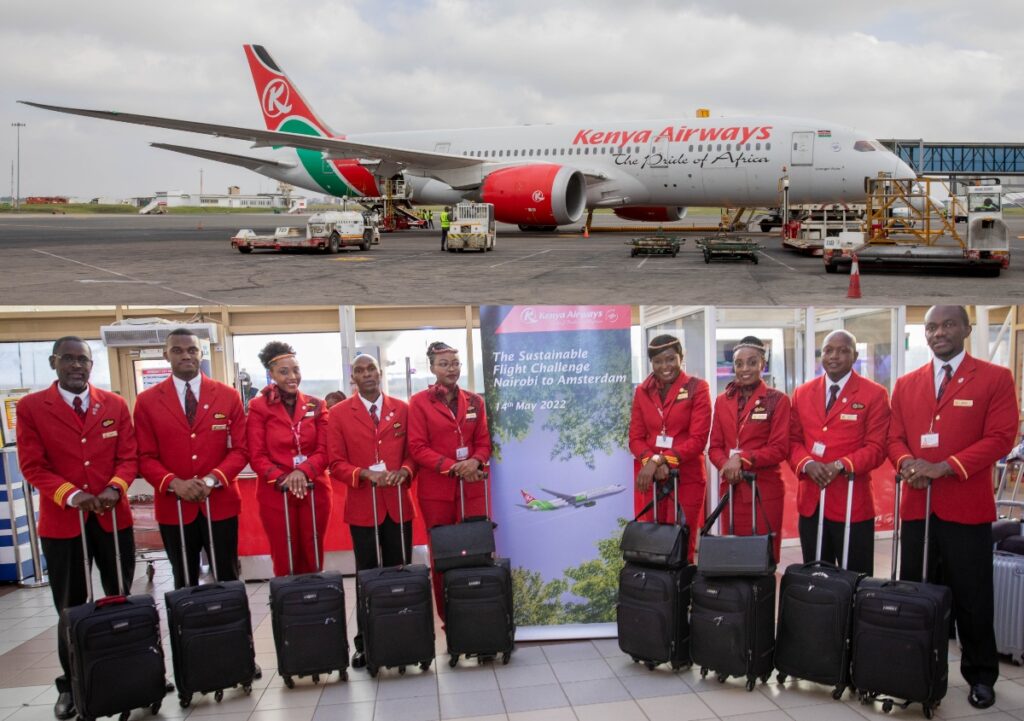 Kenya Airways has trimmed its half-year loss to Sh9.9billion from a Sh11.5billion loss posted in the same period last year attributed to increased revenues.

The Group’s total revenue grew by 76 per cent to Sh48.1 billion from Sh27.4 billion in the same period last year.

This increase is mainly attributed to significant growth in passenger revenue which grew by 109 per cent, and cargo revenue which increased by 18 per cent.

Passenger revenues rose by Sh16.9 billion in the period while revenues from freight & mail and handling rose by Sh1.2 billion and Sh650 million respectively.

“The industry is experiencing recovery. Our focus is to ensure that we strengthen our operational resilience through innovation and diversification to deliver great and reliable services to our customers,” said Kenya Airways Group Managing Director and CEO Allan Kilavuka.

During the first half of 2022, operations were positively impacted by pent-up demand and the removal of travel restrictions, resulting in a strong and sustained recovery in trading performance compared to a similar period in the prior year. The National carrier uplifted a total of 1.61 million passengers during the period, an 85 per cent improvement compared to the prior year’s 0.87 million passengers.This, however, remains 33 per cent lower than the pre-pandemic period of 2019.

Cargo tonnage increased by 39 per cent compared to the same period in 2021, demonstrating continuous outstanding growth in air freight services.

The Group saw an increase of 53 per cent in total operating costs mainly driven by the increase in fuel prices and major currency fluctuations witnessed this year, in addition to increased operations for the period.

Kenya Airways Board Chairman Michael Joseph noted that the results would have been better if it were not for the high price of aviation fuel which is over 65 per cent more than last year.

“If we adjusted for the fuel price spike, the operating profit for the period would have been Sh1.5billion,” said Joseph.

KQ is banking on network and fleet optimization and raising staff productivity to continue with its recovery path in the second half of the year.

The International Air Transport Association is confident global airline passenger numbers will reach 83 per cent of pre-pandemic figures in 2022, and the aviation industry’s recovery to profitability will be within sight despite ongoing uncertainties.