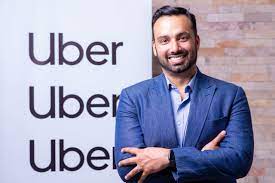 Uber Head of East Africa Imran Manji.Uber has introduced Audio Recording for trips to allow a rider to have evidence in case there is an issue during the trip, such as harassment.[PhotoCredit/Uber}/HapaKenya]

Uber Mobility service provider has expanded its services to Kisumu, Nakuru, Eldoret, and Naivasha with the aim of creating more job opportunities in its largest market in East Africa.“We are committed to East Africa, a key contributor to the growth of our business in Sub-Saharan Africa. We are passionate about helping people travel and discover their city with ease and helping drivers increase earning opportunities,” He further noted that the expansion of the firm’s market to the new regions will also help the drivers to tap into the new era of digital entrepreneurship as it has surpassed one billion trips in Africa.

The ride-hailing app has also invested in new safety features both for its drivers and riders. The move was prompted by research conducted by the firm, which revealed that riders were not aware of the security features available, thus making them lack confidence in using the platform. 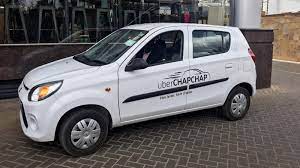 Among the safety features include Ride Check, which kicks in automatically after the trip stops for some period due to unprecedented reasons, and this will prompt a check from Uber if the rider and the driver are alright, in case both are unresponsive, they will receive a call from Uber.

In addition to that, Uber has introduced Audio Recording for trips to allow a rider to have evidence in case there is an issue during the trip, such as harassment.