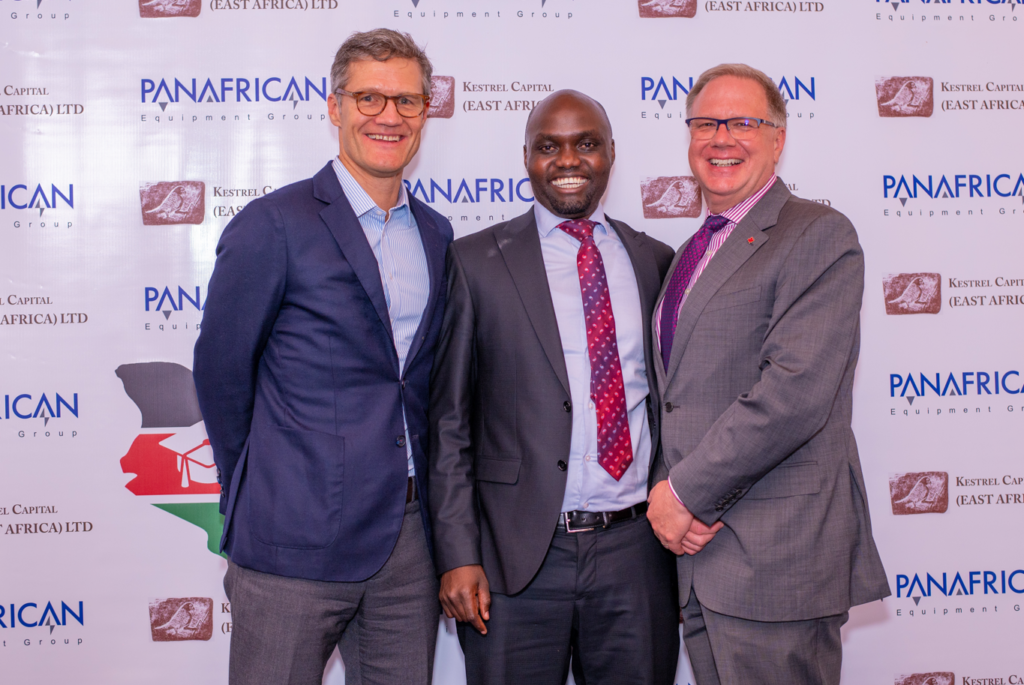 The Principal Benefactor and Chairman of KenSAP’s Board of Directors, Charles Field-Marsham, Elgeyo Marakwet Governor Hon. Wisley Rotich and the High Commissioner of Canada Mr. Christopher Thornley pose for a picture during the 4th KenSAP annual charity dinner gala held in Nairobi. KenSAP is one of the oldest and most successful college access programs in Africa. Since its founding in 2004, KenSAP has placed 256 high-achieving, low-income Kenyan high school graduates at the most selective colleges and universities in America[PhotoCredit/KenSAP}/Oxygene' PR Agency}

The Kenya Scholar Access Program (KenSAP) has this year reached a milestone after generating a total value of more than Ksh. 8.5 billion in financial aid since its inception in 2004.Being in operation for more than 18 years, KenSAP has placed more than 250 Kenyan scholars at the most competitive and selective universities in North America, including Harvard, MIT, Princeton, Stanford, Yale, and 47 more universities. The value of university financial aid they’ve generated since 2004 is more than Kshs 8.5 billion.

The announcement was made during the 4th KenSAP annual charity dinner gala held in Nairobi.

Speaking during the dinner gala, the Principal Benefactor and Chairman of KenSAP’s Board of Directors, Charles Field-Marsham, advised the scholars to “take full advantage of the extraordinary opportunities presented to them when they study abroad, and apart from focusing on only academic excellence, they should pursue leadership training, networking, and global exposure”.The Chairman also urged stakeholders and partners to collaborate to realize the dreams of Kenya’s high-achieving youth.

”We started as a university access program but now, we’re also a university preparation program and a professional development program for our students and alumni. Most of all, we are a community of peers, alumni, and partners that our students can turn to for support throughout their lives. We believe that as our students and alumni grow older, the KenSAP Alumni Network will become more influential and will increase its impact on Kenya and the surrounding region”, added Alan Davidson Executive Director KenSap.

KenSAP provides access to world-class higher education for high-achieving Kenyan high school graduates from disadvantaged backgrounds and marginalized communities who would otherwise have no chance to pursue such opportunities in global institutions across the world.

Each year, KenSAP selects about 20 students from more than 1000 highly qualified applicants. Just to apply, candidates must rank among the top 1⁄10 of 1% of all test takers on the KCSE. But KenSAP’s selection process, like that of the universities to which its students apply, is holistic, taking into consideration a range of criteria beyond the purely academic, such as family background, extracurricular accomplishments, commitment to community development, and leadership potential.

The selected students spend about 20 weeks in residential training free of charge, with KenSAP covering all of their costs of attendance. In this training program, they prepare for university entrance exams, attend American-style seminar courses, learn about America and its universities, and are guided through the complex university application process. Since 2006, every student taken into the program has earned admission, with full financial aid, to a distinguished American college or university.

Once KenSAP students are admitted to university, KenSAP continues to support its students.KenSAP places students into pre-university internships in Kenya and conducts an extensive college readiness and college orientation program for its students. Once the students are in the United States, the program conducts an orientation for new arrivals, organizes reunions that combine career-oriented seminars with social networking, and offers academic counseling and alumni mentorship programs.

With long-term impact in mind,KenSAP has become very active in career development and has helped place dozens of alumni in rewarding jobs and internships in Kenya. Since its inception in 2004, more than 80 beneficiaries have returned to Kenya to work at leading companies and institutions. Because of the support the program gives its students, and because of its remarkable college admissions track record,KenSAP has long been the first option for talented Kenyan students hoping to pursue higher education in the US.

The program began when Kenyatta University Professor Mike Boit and American journalist friend John Manners (Founding Executive Director) initiated a successful pilot scheme with a group of five students which later was scaled t0 15-20 students after the founding sponsor Charles Field-Marsham stepped in to ensure sustainability for the program, providing 95% of its funding until 2017, when he led the program to a more sustainable fundraising approach.

Since 2017, KenSAP has expanded its fundraising to include several corporates in Kenya, individual donors in Kenya and around the world, and KenSAP alumni. KenSAP alumni have given more than $250,000USD back to KenSAP, and they are aiming for higher annual targets in the future.

This initiative by KenSAP comes at a time when private and public stakeholders are being called upon to embrace sustainable practices by adopting the UN Sustainable Development Goals (SDGs) as a guide to assist in the attainment of inclusive and equitable quality education and promote lifelong learning opportunities for all.