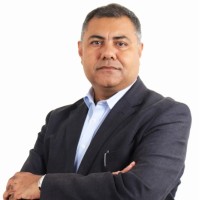 Mr.Rajan Shah is a qualified Chartered Accountant with Price Waterhouse (UK). He holds a master’s degree in Finance from Cambridge University (UK) and a bachelor’s degree at City University Business School (UK), where he was awarded Malcolm Wilcox Price for outstanding performance.{Photo/LinkedIn}

Kenya Association of Manufacturers (KAM) has today appointed Rajan Shah as the new National Chairman to lead the organization for a two-year term.

Mr Shah, who has served as Vice Chair from June 2020, takes over from Muchai Kunyiha whose term has come to an end. He has provided strategic leadership in driving the Association’s financial sustainability.Mr Shah has also championed for a conducive business environment for local industries at the county level, having served as the Chairman of KAM’s Devolution Committee and Central Kenya Chapter.

Speaking at KAM Head Office, Mr Shah noted that the global landscape is undergoing tremendous transformation, which calls for adaptation, saying, “We are witnessing a radical shift in the world economy, which is increasingly becoming deglobalized as countries put in place protectionist measures, geared towards shoring in their supply chains. Global inflation around food is a major concern and countries will now need to focus on food security more diligently.”

The new Chairman will focus on pushing for predictability in fiscal and legislative regulations and supporting SME growth through policy advocacy and business development. Mr Shah is also keen on driving Kaizen (continuous improvement), the uptake of automation by local manufacturers and increasing the export intensity of Kenya’s manufacturing sector.This will enable local manufacturers to take advantage of market opportunities in the East African Community (EAC) and Africa Continental Free Trade Area (AfCFTA), among other export markets.

Ms. Jane Karuku, the East African Breweries Limited Group Managing Director and CEO, has been appointed as the new Vice Chair. She has also served on the KAM Board in various capacities, including Chair of the Human Resource Committee.

Mr.Shah is a qualified Chartered Accountant with Price Waterhouse (UK). He holds a master’s degree in Finance from Cambridge University (UK) and a bachelor’s degree at City University Business School (UK), where he was awarded Malcolm Wilcox Price for outstanding performance. He spearheaded the formation of the Kenya Rice Task Force, which successfully advocated for a protective import duty regime for rice farmers. He was actively involved in the revival of the Ahero, West Kano and Mwea Rice Irrigation Schemes.

The outgoing Chairman Mr.Kunyiha will remain an Ex-Official member of the Board, playing an advisory role in directing the growth of the Association