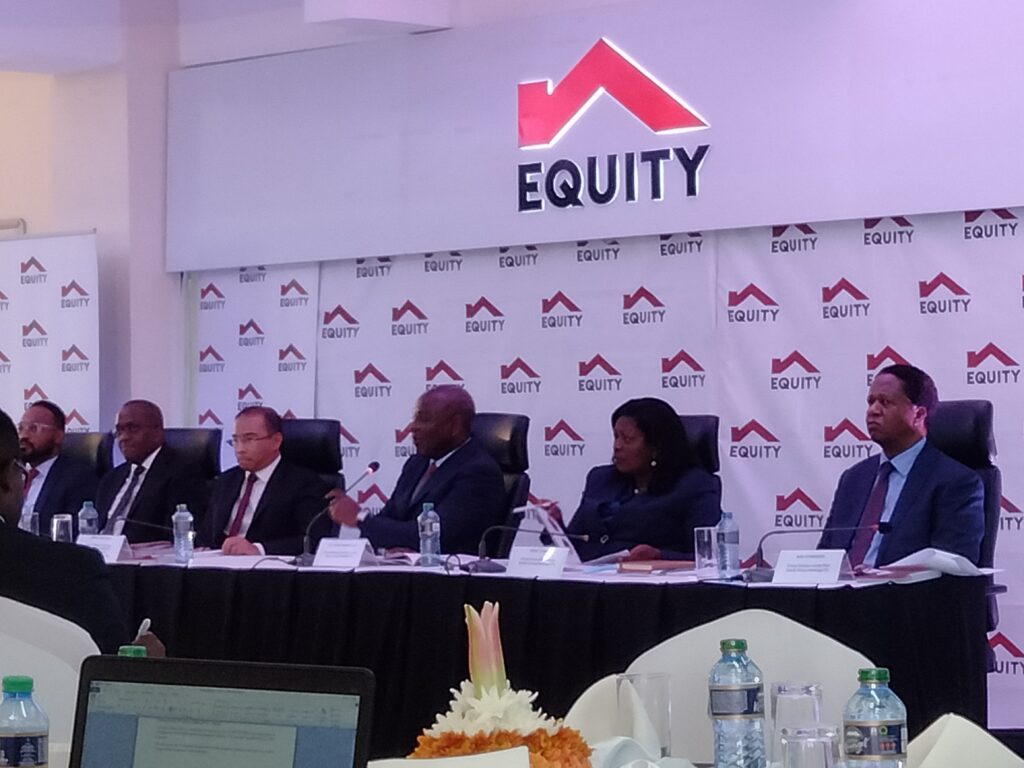 Equity Group grew the volume of diaspora remittances it processed by 39 percent in 2021 compared to the corresponding period in 2020, leveraging on the growing popularity of digital channels for sending money home from abroad.

The lender handled Ksh383.5 billion in remittances in the 12 months to December, up from
Ksh279.4 billion in 2021. The Group’s Chief Executive Officer and Managing Director, James Mwangi attributed this to linkage with multiple digital platforms, which have helped widen the geographical reach in the remittances segment.

Equity partners with more than 10 money transfer platforms, including Western Union, PayPal, WorldRemit, MoneyGram and hellopaisa, Equity Direct in addition to a new platform thunes among others.
“Using fintech capabilities has given us a global presence, and as a result we have become a major processor of remittances payments around the world including across currencies,reflecting on forex trading across the region,” said Mr.Mwangi as he announced the full year financial results.

As a result, the amount in commissions earned by the bank for handling remittances rose from Ksh1.5 billion in 2020 to Ksh1.6 billion in 2021 recording a 10 percent rise as the forex inflows income rose by 33 percent from Ksh6.2 billion to Ksh8.3 million.

In Kenya, diaspora inflows have in recent years overtaken agriculture and tourism inflows to become the leading source of foreign exchange for the country.Central Bank of Kenya (CBK) data shows that remittance inflows to Kenya increased by ten times in the last 15 years reaching an all-time record of USD 3,718 million in 2021. This phenomenal growth points to the importance of remittances as a source of foreign exchange to the country, equivalent to more than 3 percent of Kenya’s GDP.

CBK governor Patrick Njoroge has in past briefings attributed the continued rise in remittances to the adoption of digital channels by banks, which make it easier for people abroad to send money home—directly into the accounts or mobile wallets of recipients.