In a gazette notice dated November 17, the Head of State picked Mwaura to serve at the helm of the country’s revenue collection body for a period of three years.“In exercise of the powers conferred by section 6(2) (a) of the Kenya Revenue Authority Act, I, William Ruto, President of the Republic of Kenya and Commander in Chief of the Defence Forces appoint Anthony Ng’ang’a Mwaura to be the Chairperson of the Kenya Revenue Authority, for a period of three (3) years, with effect from the 18th November 2022,” the gazette notice reads.

Mwaura takes over from Francis Muthaura, who has served as KRA chairman since May 2018.

Until his appointment, Mwaura served as the National Elections Board Chairman of the President’s United Democratic Alliance (UDA) party.

Other key appointments made by the President affecting various state agencies,Lt. General (RTD)Joseph Kiptoo Kasaon has been named as the Chairperson of the Kenya Meat Commission, to serve for a period of three years.

The Head of State appointed Hamisi Mwashobo Mwaguya as the Kenya Martime Authority Chairperson and David Wamatsi Omusotsi to a similar role at the Council of Kenya Utalii College.

Halima Yussuf Mucheke will head the Board of Tourism Regulatory Authority as former Taita Taveta Governor John Mruttu takes over as the chairperson of the Board of the Agricultural Finance Corporation. 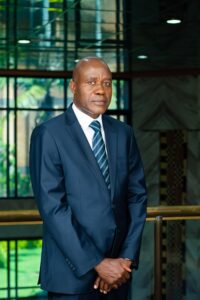