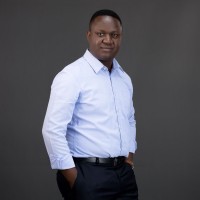 There’s no simple way to say this. Globally, we are facing a water crisis. According to the United Nations Development Programme (UNDP, 2.2 billion people lack access to safe water.

That’s a quarter of the people of the planet and East Africa is no exception. For decades, water scarcity has been a major issue in this region, caused mainly by years of recurrent droughts, poor management of water supply, contamination of the available water, and a sharp increase in water demand resulting from relatively high population growth.

By 2030, it is estimated that water scarcity in arid and semi-arid regions will displace between 24 million and 700 million people. And yet, global water demand is set to skyrocket. We’re going to need 55 percent more water by 2050. How do we meet this need when we’re going to see a 40 percent water deficit by 2030? Our water scarcity is going to harm economies significantly, with some regions expected to lose up to six percent of their GDP by 2050.

We are way off track when it comes to ensuring water access for all. And that’s not all. The Producing, pumping, treating and transporting water consumes 8% of the world’s energy. The industry has a dual challenge – how to provide enough water to meet our needs whilst reducing energy consumption to combat the climate crisis the world faces. 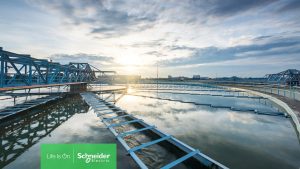 There’s two solutions to this issue. The first is to refocus on nature’s own solutions. This blog by the UNDP’s Amanda Bielawski and Jamison Ervin sets out how we should turn to ecological ideas, such as forest and watershed restoration, to rebalance our water needs.

I want to put forward another idea, that of technology. Let me give you a simple example. Agriculture accounts for 70 percent of all freshwater withdrawals worldwide, according to the World Bank. But we have a chance to do things differently. Take for example agritech, agricultural technology and plant farms. These are facilities that don’t need access to natural sunlight. They use high intensity lighting and vertical rows to fit as much produce into as small a space as possible, making them incredibly efficient.

Most importantly, plant farms require 95% less water and 99% less land than conventional farms. The farms are monitored by software and don’t use pesticides. Given that they require a smaller space than your traditional farm, plant farms can also be developed closer to or even in cities, cutting down on transportation to the retailer and consumer.

Even traditional farming can make smart use of technology to cut down on water usage. Examples can be sited from Saudi Arabia where Schneider Electric is working with date farmers in Al-Hasa to cut down on their water needs over an area of 16,000 hectares. By using a combination of internet-connected water flow meters and supervisory control and data acquisition software, Schneider Electric has helped the farmers reduce water usage by up to 40% without impacting crop yield.

And then there’s our water networks. We can achieve major energy savings by implementing simple ideas that make water treatment centers more energy efficient. By installing hardware such as variable speed drives and process instruments such as pressure, temperature, level, flow transmitters and valves; to PLC-based Control Systems, we can substantially control the station’s power needs. We continue to work with many water utilities in Kenya and in the region, who are increasingly recognizing the value of technology in revolutionizing their energy efficiency, whilst contributing significantly to their operational efficiency and subsequent profitability.

Water is vital to all life, and the issue cannot wait. We’ve got to prioritize how we can make more clean water available to hundreds of millions of people throughout East Africa, whilst also ensuring that we don’t deplete our natural water resources. Technology will play a role in making this happen. But more than this, we must invest now if we’re going to preserve the one resource we quite literally cannot live without.

Let’s think about that today, and every day going forward. 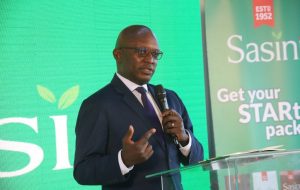 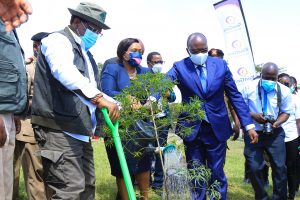