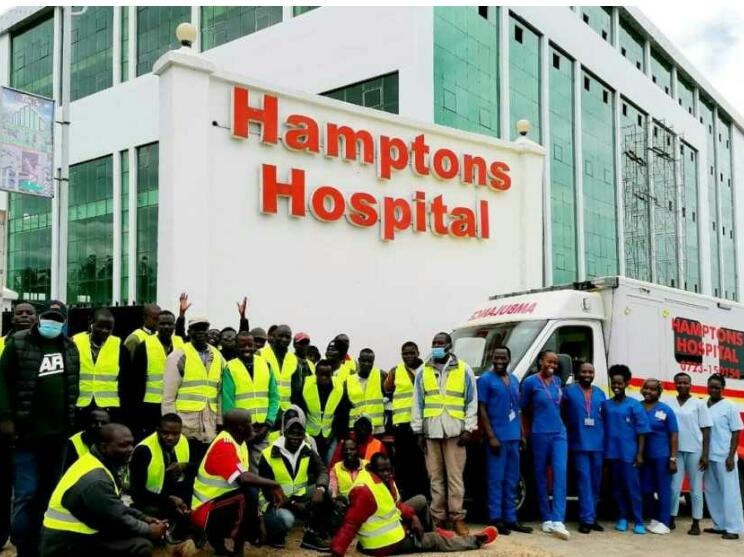 Treasury Secretary Ukur Yatani on December 8th approved exemption for Hamptons hospital machines from remitting Value Added Tax (VAT).
The machines are part of 18 containers shipped by Hamptons hospital at Mwale Medical and Technology City in Butere,  Kakamega County. The hospital is associated with Mwale City investor Julius Mwale.
The approval comes after the High Court in Nairobi barred Kenya Revenue Authority (KRA) from auctioning the hospital’s Solar power plant machines and equipment in September 2021.
Justice Jairus Ngaah had ordered KRA to halt its plan until the case filed by Hamptons hospital, challenging the taxman’s decision is, determined.
The total cost of the Solar battery energy storage system, together with all other hospital machinery and services related to installing them at the hospital coming up in Butere, is 185,335,701.84 US dollars. Among them are 3 MRI machines worth Sh1.4 billion with one of them,  a 7 Tesla MRI costing Sh900 million.
The solar machines arrived on May 27, 2021 and were stored in a warehouse awaiting application for tax exemption.
Hamptons hospital through its lawyer Javier Munzala of Hurlingham based Javier Georgiadis & Sylvester Law LLP, told the court that they imported the machines, purposely for treatment of cancer and other ailments.
Munzala told the court that the hospital asked Health Cabinet Secretary (CS) Mutahi Kagwe to have it exempted from paying tax for the machines, a request the CS confirmed,  to have granted the hospital.
“The applicant (Hamptons) is a recognized medical provider and as such, is exempted from payment of VAT on goods imported in connection with providing healthcare in Kenya,” Munzala said.
Hamptons hospital opened in 2019 in Butere with Cancer treatment and has continued to expand with the opening of other departments. The hospital is providing treatment to Kenyans and medical tourists. It says the residents of Kakamega County with NHIF are treated without paying co-payment charges; a service enabled by the hospital’s donors.
“The imported goods are unique, irreplaceable and worth a colossal sum of money. The applicant stands to suffer irreparable loss and damage that cannot be compensated by way of damages if the auction is allowed to proceed as planned,” Munzala said.
He also argued that Kenyans will suffer as they will not access the highest standards of healthcare if the auction by KRA was allowed to proceed. KRA had planned to auction the machines in September 2021.
Munzala told the court that Hamptons went ahead to produce a letter from CS Kagwe recommending tax exemption to the Treasury. The Treasury Principal Secretary  (PS) accepted the letter but indicated that a revision should be made on the dates for compliance with exemptions.
“As it stands, the reservations made by PS Treasury have been addressed,  and there is no doubt whatsoever that the applicant’s goods have been exempted from tax,” the court papers stated in September.
Munzala said  that without prejudice to the foregoing, the applicant avers that the delay, if any, in the processing of
the exemption of tax and clearance of the goods from the warehouse has not been the making of the applicant.
In a ruling in September Justice Ngaah ordered that ” In order to preserve the substratum of the suit, I am convinced that Leave granted should operate as stay. Prayer four of the summons is therefore granted.”
The Treasury confirmed to the court in a December 14th, 2021 hearing that the CS Ukur Yatani had approved the request , from CS Kagwe to grant VAT exemption to Hamptons hospital.
In a letter dated December 14th addressed to CS Kagwe , CS Yatani approved the Health Ministry’s remission for VAT exempted goods and services for Hamptons hospital. “In accordance with the provisions of the VAT Act, 2013, 1st Schedule, Part I, Item 63 and Part II,  Item 27, the Cabinet Secretary,  National Treasury and Planning approved on 8th December , 2021, remission of VAT, in respect of goods and services purchased locally/imported by Hamptons Hospital Ltd for construction of Hamptons Specialized Hospital which is part of the Mwale Medical and Technology City in Butere, Kakamega County,” he said.
“In order to effect the remission, you are requested to submit the relevant importation/purchase documents i.e. Air Waybills, Bills of lading, Invoices,  and IDF with a forwarding letter indicating the items being imported/purchased locally for our necessary action.In addition,  the Ministry of Health will take responsibility for the items that are granted the exemption,” said the Treasury CS.
The judge requested the parties to file a consent in court, confirming the clearance of the hospital’s goods by KRA, and scheduled a mention for January 26th, 2022 to close the case. 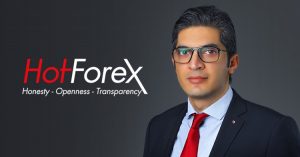 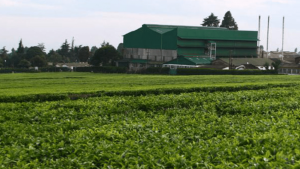