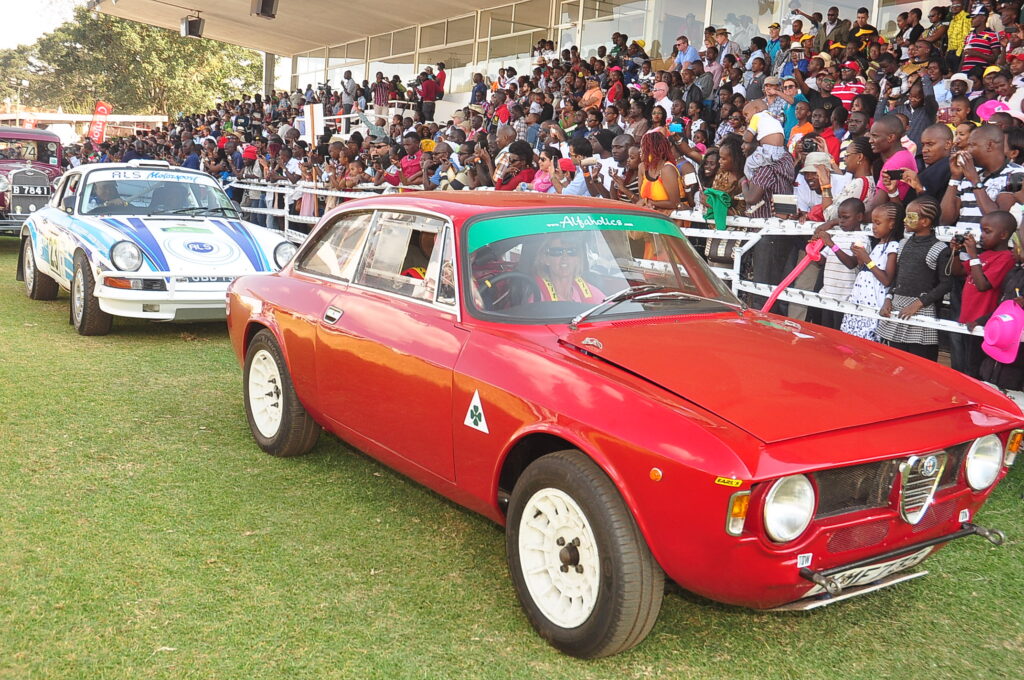 The car entry for the 2022 Africa Concours d’Elegance is already nearing the 50 mark and there is strong interest from motorcycle owners for the classiest event on the Kenya motorsport calendar clearly indicating that there will be a full field before the entry list closes early in September.

The Alfa Romeo Owners Club which has organised the annual event for the past 50 years reports a happy mix of new competitors and regulars for the Concours scheduled for September 25 th at the Nairobi Racecourse. There will be a variety of participants in all of the twelve car and eight motorcycles classes.

A rare Lancia Delta Integrale which is being prepared by an enthusiast from Tanzania is an attention grabbing entry in the class for rally and racing cars. This will give competition for the 1967 Alfa Romeo GTA of Gilgil based Fergus Robley who is a well known competitor at the Nairobi Racecourse.

Regulations and entry forms are available from the Concours website (www.concourskenya.com) and the event office located in the Bob Dewar Publicity suite in Block G of the Norfolk Towers, Kijabe Street the email address is info@bobpr.com and thehttp://(www.concourskenya.com) telephone numbers are 3316160, 2229793, 2229459 or, 0733732032.

There is an impressive number of prizes to be won for the overall positions and for the top three places in each of the twelve car and eight motorcycles classes. In addition the entrants of the
most elegant car and bike will be rewarded with prestigious trophies and their machines will be
parked with best three cars and motorcycles in front of the main Racecourse grand stand during
the prize giving.

The Judging does not take into consideration originality and is based entirely on cleanliness, condition and the standards of preparation.The assessment of cars commences on a giant ramp where officials mark the underside. Subsequently cars are driven in front of the grand stands stopping at intervals for the assessment of the paintwork, the interior and the boot followed by a check of the engine. Motorcycle judging is carried out in a similar way at the Racecourse parade ring.

The Uganda Bikers Association will be strongly represented by a big contingent of members riding their massive machines from Kampala to Nairobi. It is expected they will win prizes in the classes for trail bikes. In 2019 there were three motorcycles from South Africa and there are hopes of entries from the Vintage and Classic Motorcycle Club of South Africa.

Among the cars which will be making a first appearance at the Racecourse on September 25 th areSaio Mauro’s 1974 Peugeot and a 1954 Willys Jeep which is being prepared by Rob Collinge,the legendary Rally driver who won the East African Classic Safari Rally three times. Well known regulars at Nairobi Racecourse include Dr. Joseph Aluoch with a 1991 Mercedes Benz and Paul Chemngorem in a 1960 Volkswagen Karmann Ghia.