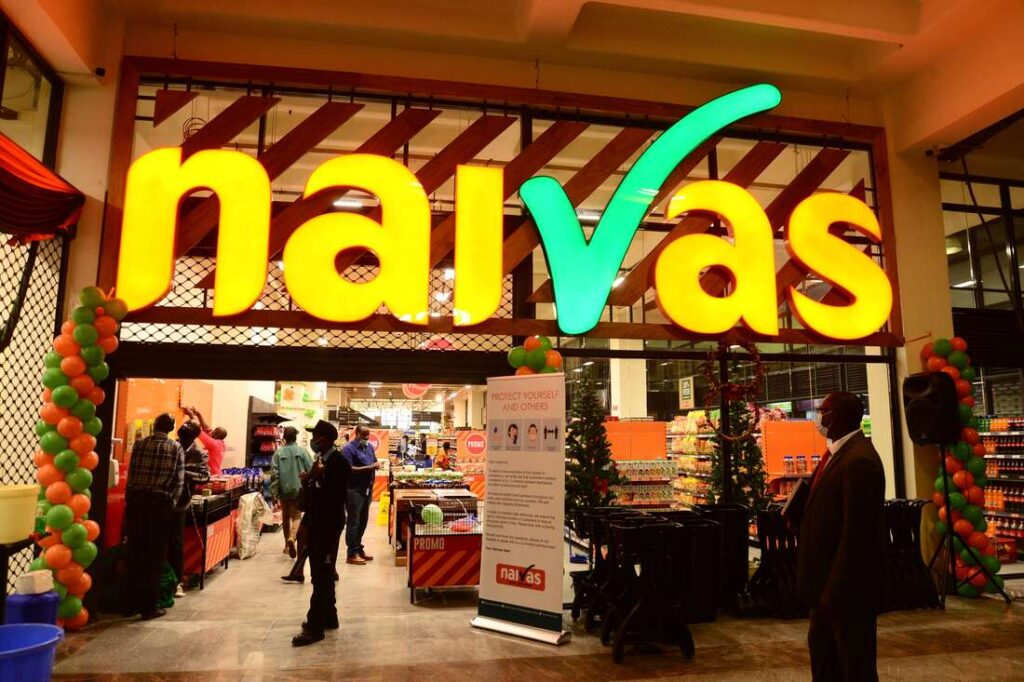 The retailer said it will be opening more stores before the end of December, pushing its countrywide branches to 90.{PhotoCredit/Naivas Supermarket Ltd}

Naivas Supermarket will open four more stores in the country as the firm seeks to expand its market base.

The retailer said it will be opening more stores before the end of December, pushing its countrywide branches to 90.

Naivas, which is Kenya’s biggest retail chain, has been on an expansion spree over the last few years, seeking to become the country’s biggest chain.

“As we open this branch, we are aware that it is a market that has been tough, and we have had three chains opening and closing up businesses here,” Kimani said.

“We are however coming to say that we are actually going to be here for the longest time since we will strongly engage the local people in various ways,” he added.

Only this week,Naivas opened its door for customers at Fusion’s Greenwood City Mall in Meru.

Construction of Greenwood, a mixed-use urban development started in 2015, on the edge of Meru Town.

The retailer will occupy the facility as anchor tenant.Other occupants are Lintons, Goodlife, KFC, among others.

Meru Mall will allow Naivas to target other markets surrounding the area such as Nkubu, Isiolo, Chuka, among others.

“Greenwood mall has taken time but its finally delivered ahead of any other proper mall in Meru. It will become a destination for proper brands seeking to serve the Meru and the wider Mount Kenya market,” Fusion Capital Chief Executive Daniel Kamau said earlier