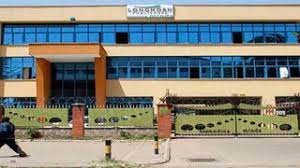 Longhorn Publishers half-year net profit surged to Sh39.9million from Sh7.4 million in the same period in 2021, a 439 per cent increase attributed to improved sales following the resumption of learning activities in schools.

The performance was also attributed to the firm’s diversification and regional market expansion.

In the period, Longhorn’s finance costs dropped by 27.3 per cent to Sh133.3million from the Sh183.2million that was reported in H1 2021 backed by a reduction in borrowings, considering the strong performance in operational cash generation.

Cash generated from operations increased to Sh566.3 million from Sh225.6million reported during the prior year, a reflective of increased collections from customers as the publisher’s markets recovered from the effects of Covid-19.

The increase was mainly attributed to the reinstatement of staff benefits that had been reviewed as a response to the Covid-19 pandemic and an increase in selling and distribution costs due to increased sales and marketing activities in the year.

The publisher’s borrowings went down to Sh979.9 million during the review period from Sh1.1 billion that was reported during the previous year.

Pre-publishing costs increased from Sh802.3 million to Sh861.9 million during the period under review.

Moreover, the firm’s total assets stood at Sh2.6 billion from Sh2.8 billion that was reported during the period that ended June 2021.Longhorn has announced plans to lean on digital business to help drive its performance.

“We see this segment of the business as a key driver of our performance going forward. We are currently at the fundraising stage for our digital portfolio. This will allow our current and new business to scale in partnership with like-minded venture builders,” the firm said.