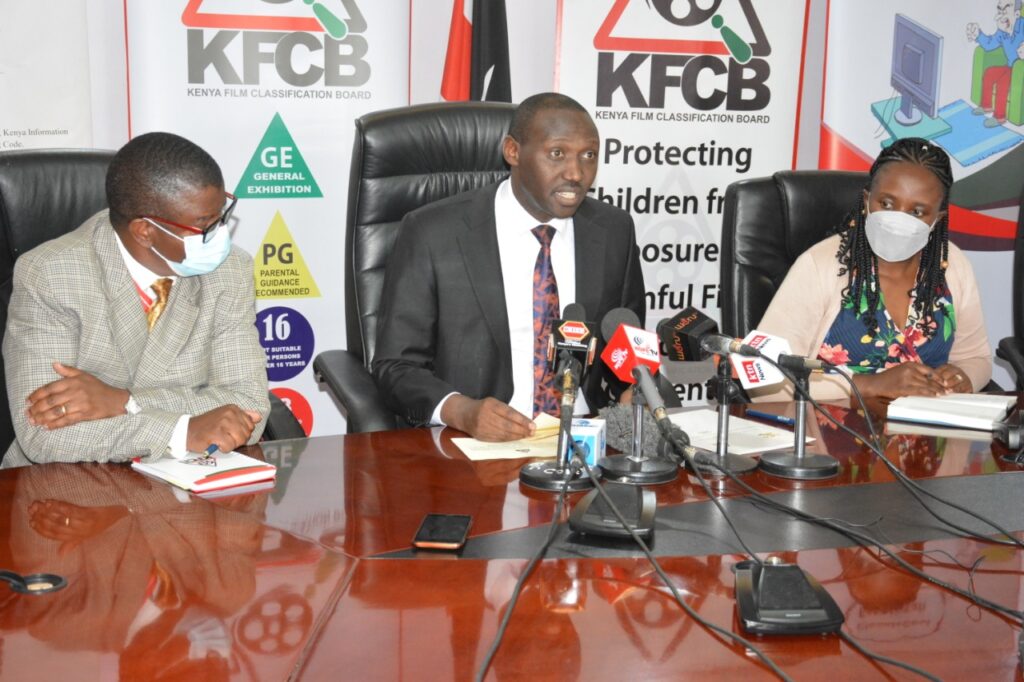 The Kenya Film Classification Board (KFCB)Ag.CEO Mr.Christopher Wambua addressing the media in his office at Uchumi House, Nairobi.Local filmmakers will be obtaining filming licenses directly from KFCB without going through an Agent, subject to meeting certain requirements, including registration or incorporation of their businesses.[Photo/Courtesy]

The Kenya Film Classification Board (KFCB) is seeking comments from members of the public and stakeholders in the Film industry on a proposal to redefine the Role of Film Agents in Kenya.

“To create an enabling environment for the youth to harness the opportunities in the local creative economy, KFCB has resolved to redefine the role of Film Agents in Kenya with the view of confining the agents’ role to providing international standard services to foreign film and television producers, the Board has today, 23 rd August 2022,published a Public Notice in MyGov publication on Redefining the Role of Film Agents, inviting stakeholders and members of the public to submit their inputs and comments,” Mr Wambua told journalists. 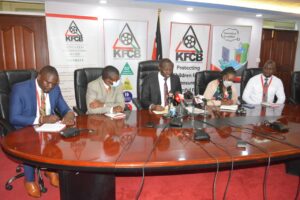 Mr Wambua said that the public consultation documents have been uploaded on the KFCB website for reference, adding that stakeholders have until 13 th September 2022 to give their comments.

The Consultation Paper on Redefining the Role of Film Agents in Kenya can be accessed through www.kfcb.go.ke/policies Stakeholders are requested to submit their inputs before the set deadline of 13 th September 2022. The KFCB CEO further noted that, should the proposal be adopted by industry and other stakeholders, effective 1 st October 2022, Film Agents will concentrate solely on providing logistical support to foreign film and television producers.“It is our expectation that the reconfiguration of the licence scope for Film Agents will remove barriers to entry for aspiring local filmmakers and thus create a facilitative environment for the sector to thrive in the aftermath of the debilitating effects of the COVID- 19 pandemic,” Mr. Wambua said.

At the same time, Mr. Wambua, said that local filmmakers will be obtaining filming licenses directly from KFCB without going through an Agent, subject to meeting certain requirements, including registration or incorporation of their businesses.Mr Wambua said that KFCB in collaboration with industry players remains fully committed to improving the regulatory environment in the film sector to spur the continued growth of the local creative economy.