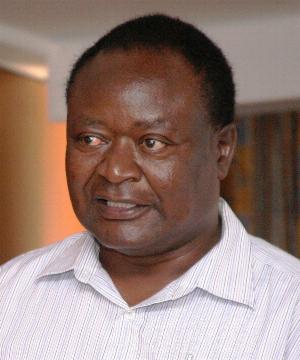 Joel Shunza Gitali, a Kenyan teacher who has dedicated his life to fighting tobacco use and addiction mostly among young people/Photo/Sources/

Joel Shunza Gitali, a Kenyan teacher who has dedicated his life to fighting tobacco use and addiction mostly among young people, has won the World Health Organization’s global prize for his work in tobacco control.

WHO announced the award through a statement .WHO recognises individuals or organisations in each of the six WHO Regions for their accomplishments in the area of tobacco control. This recognition takes the form of WHO Director-General Special Recognition Award and World No Tobacco Day Awards. Kenya’s Ministry of Agriculture Livestock and Fisheries was also awarded for introducing alternative crops in tobacco growing areas.

Regarding the WHO award, Mr Gitali said: “It made me feel energised. I give credit to members of civil
society in Kenya. They have visited all corners of the country fighting tobacco use. They also came in
strongly to support my nomination. This is a sign of teamwork and cooperation.” Mr Gitali’s interest in health began in 1970s as a child by observing his mother, who was a Community
Health Volunteer.

“My mother was CHV having been trained by Unicef and used to tell us the dangers of tobacco,” he said.
“Also, my wife is a nurse and we were staying at Maseno Hospital when we were newly married. I could
see how people’s lifestyles were the causes of illnesses.” “At that time, I began a community cultural group, Social Liberation and Health Promotion Club (now a community based organisation). We began in Maseno in 1995 but the CBO later shifted to Kakamega. The purpose was to cause social change and cultural transformation in the society to enhance good health.” Mr Gitali’s came face to face with the devastating effects of tobacco use among young people in 1996 while working as a guidance and counselling teacher. It was not only the commonest form of addiction among students, especially those in day schools, but was also the main avenue into other drugs including bhang, alcohol, kuber and khat.
“Students addicted to tobacco and drugs have a problem of not concentrating yet the school environment doesn’t permit them to smoke. Such students become defiant, they steal from others in order to buy cigarettes. They also sell books and so can’t perform well,” he said.

“They’re ever worried they will be found out. They are not settled. They have fear of going to teachers for consultation fearing they smell tobacco or bhang. They keep avoiding teachers and parents and fellow students. Some, when they have not smoked, don’t come to school or feign sickness,” he added.
According to the Ministry of Health’s STEPwise Survey for Non-communicable Diseases risk factors,
tobacco use is the main preventable cause of death in Kenya. It directly leads to the deaths of 9,000
Kenyans every year, and leaves thousands of others severely sick and disabled, awaiting death. It is also
one of the four risk factors raising the burden of NCDs in the country.

Gitali was elected to chair KETCA in 2013, a role he plays to date. KETCA is the umbrella body for all
organisations working on tobacco control in Kenya.

Although the Tobacco Control Act was passed in 2007, cigarette manufacturers rushed to court and
blocked the Ministry of Health’s Regulations to operationalise the Act until 2019, when the Supreme court ruled in favour of the ministry and advocates.
“Tobacco control is so important because it promotes health. It enables people to change their habits and become healthier and protects passive smokers. It also helps those who have not began smoking not to start,” Mr Gitali said. “It also protects the environment because tobacco plants and cigarette butts are hazardous to the environment,” Gitali said.

“When you look at tobacco growing areas, they are the poorest. Tobacco brings little income which the poor use to pay for the treatment of diseases they develop from handling tobacco leaves. Tobacco growing areas suffer food insecurity. It’s a gateway to drug abuse.”

Mr Gitali, who is aged 56, teaches Kiswahili at St Stephen Bujwang’a, a day secondary school in Busia. He has a BA in Sociology and a Higher Diploma in Counselling Psychology; Postgraduate Diploma in
Education; Diploma in Education Management and certificates in Divinity. He also has training in tobacco control locally and internationally; he also trains peer counsellors. 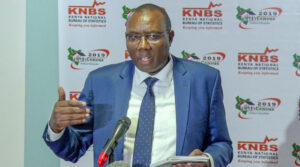 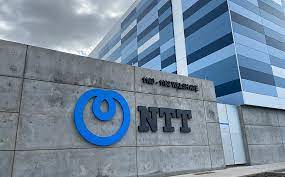 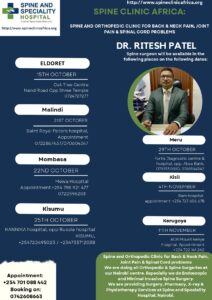 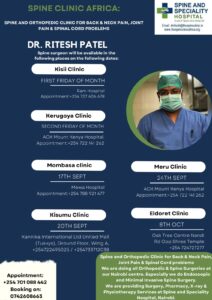