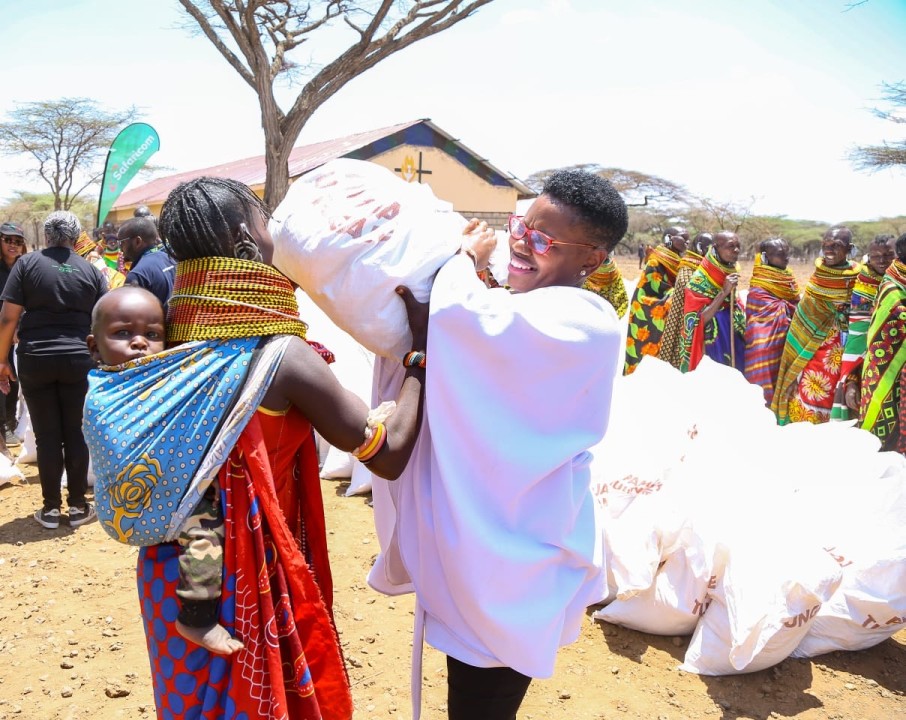 The bank through the Foundation has already distributed food to various ASAL counties including Kajiado, Wajir, Isiolo and is scheduled to reach ten more counties that have been adversely affected by the drought.[Photo/KCB Bank Plc}

The support will go towards augmenting government efforts in cushioning households hard hit by the ravaging drought and who now require an urgent supply of foodstuff and water.

The funds will be channeled through the Kenya Bankers Association led drought response (KShs.100 million) while the rest will be through the KCB Foundation, the social investment arm.

The bank through the Foundation has already distributed food to various ASAL counties including Kajiado, Wajir, Isiolo and is scheduled to reach ten more counties that have been adversely affected by the drought.

“The support we are rolling out today is part of our commitment that looks at helping communities cope with the current situation even as the government steps up its mitigation measures. We are ready to walk hand in hand with various partners to ensure that adverse effects of the ongoing drought are contained within the shortest time possible,” said KCB Group CEO Paul Russo.

The announcement was made during a consultative meeting with President Dr.William Ruto and Deputy President Rigathi Gachagua, where private sector players were urged to offer both material and financial support to the National Government to ensure that the drought situation is contained.

The Government says the drought situation has reached distress levels with over 5.1 million Kenyans facing hunger and exposed 2.5 million livestock to lack of water and pasture.

Kenya’s worst drought in four decades continues to worsen in 20 out of the 23 ASAL counties due to a poor onset of the October- December 2022 season. Eleven counties are in the alarm phase while nine are in the alert phase.