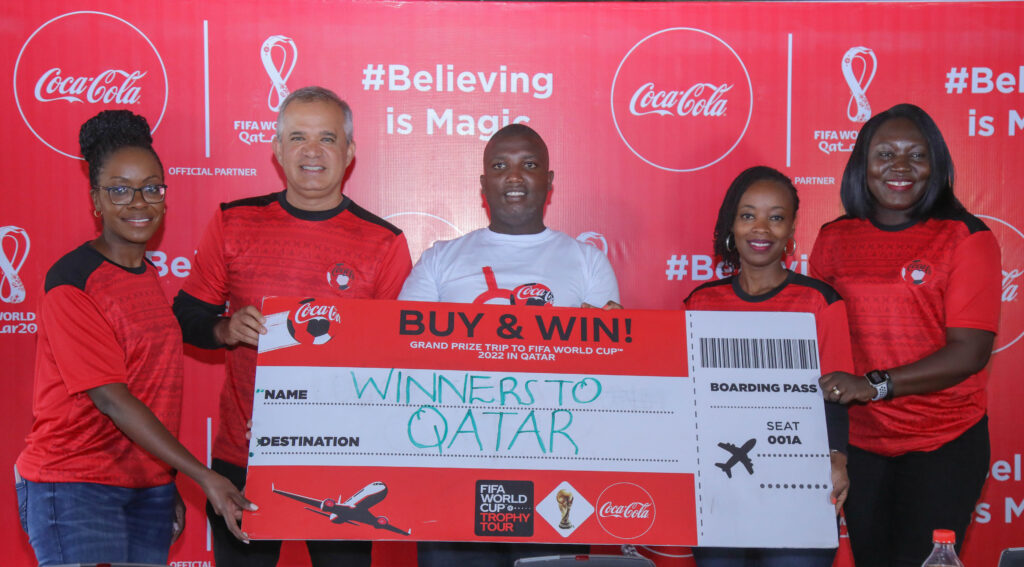 Coca-Cola Kenya has officially kicked off the FIFA World Cup 2022™ by flagging off four winners flying to Qatar to attend and experience the live matches in a bid to enhance customer experience in this year’s World Cup.

Coca-Cola, the world’s largest beverage company, has been a FIFA partner since 1974 and an official
World Cup sponsor since 1978. This year’s World Cup is the first tournament since the pandemic and has excited fans from all over the world as they prepare to head to Qatar for the 2022 games.

Speaking at the event,Isabelle Kariuki-Rostom,Marketing Director, East,and Central Africa Franchise at The Coca-Cola Company noted “Coca-Cola shares in the passion our consumers have for football which is one of the reasons we have partnered with the FIFA World Cup™ since 1974. For us, the Real Magic of the FIFA World Cup 2022™ is connection – sharing your passion for the game and belief in your team.
We are committed to bringing football fans closer to the magic of the beautiful game. The winners who
will be flying to Qatar to watch the live matches are a true testament of this. 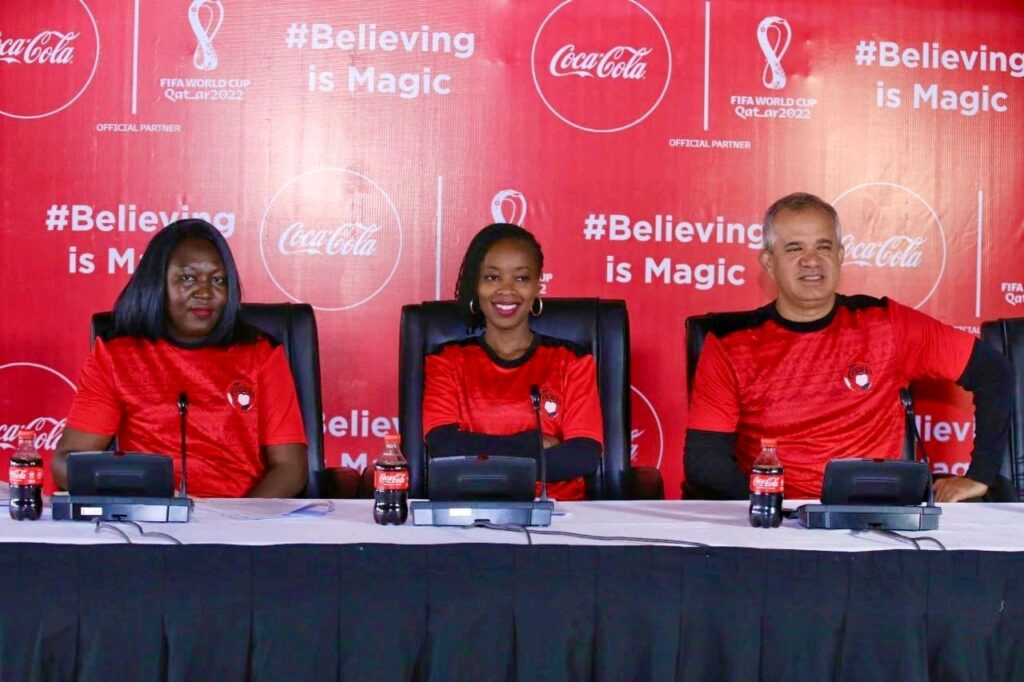 As football fans prepare for FIFA World Cup 2022™, Coca-Cola is inviting them to feel the energy and excitement before, during, and after every game of the tournament, uplifting and refreshing their shared experience.Speaking about the partnership with the FIFA World Cup, Oliver J, Soto, Franchise Director Kenya and Tanzania at The Coca-Cola Company reiterated that the sponsorships highlight the commitment to making a positive difference in all the communities they serve.
“Our sponsorships highlight our commitment to making a positive difference in all the communities we serve and is in line with The Coca-Cola Company’s purpose of refreshing the world and making a difference.We sponsor sporting events because we are committed to using our marketing expertise, the appeal of our brands and our scale to make a lasting, positive difference in the communities we serve.”,he added.

The FIFA World Cup™ marks the pinnacle of global football and the aspiration that every football fan
wants their team to achieve. The FIFA World Cup™ is known for creating a cultural phenomenon that
brings people together through shared promises and ongoing rituals.

Thousands of football fans across Kenya will also be able to watch every adrenaline-pumping pass and
every match-winning goal of the World Cup at select regional Coca-Cola fan zones in Nairobi, Nyanza,
Central, Coast, and Rift Valley regions.The Coca-Cola Fan zones will enable fans across the country to
watch the FIFA World Cup games thus bringing football fans together.

Coca-Cola is one of the world’s largest sports sponsors with partnerships ranging from top athletes to
grassroots sports movements.The company is also the longest, continuous standing partner of one of the largest sports platforms in the world, the Olympic Games – proof of their commitment to using the
power of their brands to encourage more people to become active through sports.