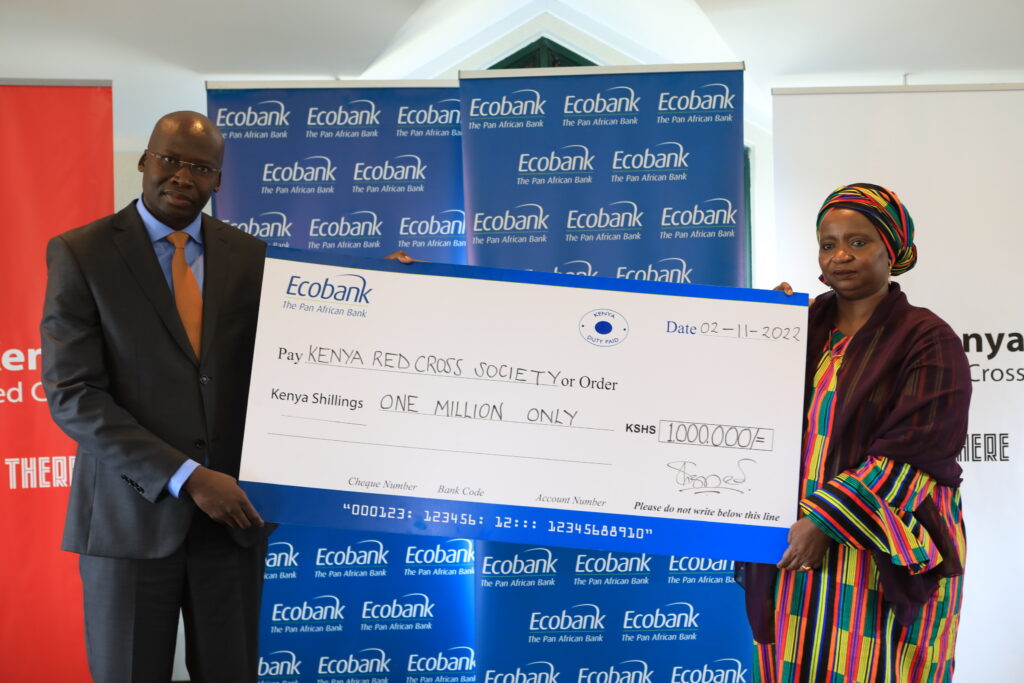 Ecobank Kenya has donated one million shillings to the Kenya Red Cross Society (KRCS) to boost its efforts in the fight against the worsening famine situation in parts of the country following prolonged drought and crop failure. The donation comes on the backdrop of increasing calls for support for over 4 million Kenyans who are facing starvation due to acute food shortage caused by the drought.

In September last year, the government declared the ongoing drought which has ravaged mostly the northern parts of the country and other arid and semi-arid regions a national disaster.The dwindling pasture and water sources have seen farmers and pastoralists lose their domestic animals mostly cattle, sheep and goats. This has negatively impacted their source of food and income, making them dependent on the government and other well-wishers for survival. 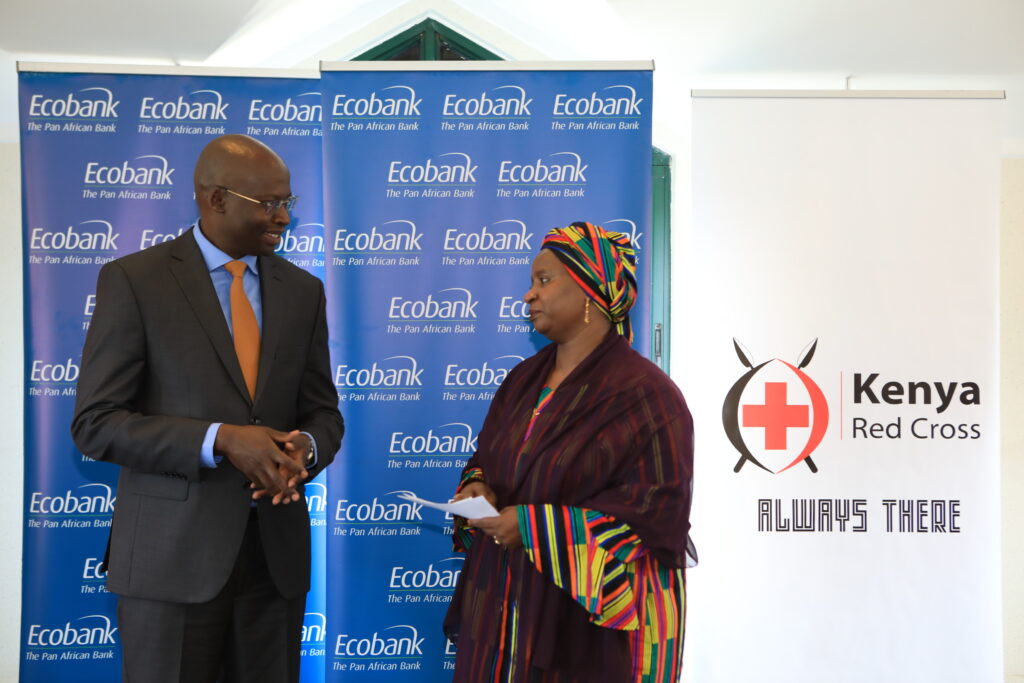 The donation was presented by Ecobank Kenya Executive Director,Samuel Odhiambo when he led senior officials from the Bank to pay a courtesy call on the KRCS Secretary General, Dr. Asha Mohammed.

While presenting the cheque, Mr. Odhiambo said: “The ongoing drought in the country has negatively affected millions of Kenyans, causing other problems such as malnutrition among children. We thought it necessary to intervene and support the Kenya Red Cross and the government in their joint efforts to aid the affected communities to cope with the worsening situation.”

He added this donation was a continuation of Ecobank Group’s efforts to combat malnutrition across Africa following the joint partnership between Ecobank Foundation and UNITLIFE via a campaign dubbed ‘Make The Connection’ aimed at raising funds towards preventing chronic malnutrition on the continent. It is estimated that malnutrition affects about 144 million children worldwide where children who do not receive the nutrients they need during the first 1,000 days of their lives will suffer from chronic malnutrition, with irreversible consequences on the
development of their bodies, brains, and immune systems.

While acknowledging the donation, KRCS Secretary General, Dr Asha Mohammed, said: “We have reached a critical phase in the drought response with the number of people affected having increased to 4.3 million and in 29 counties. With the weather forecasts indicating that the expected October-November-December rains will be inadequate we need to pull together to support those most affected by the crisis.”

Drought in Kenya has continued to worsen especially in the country’s Arid and Semi-Arid regions as a result of the fourth consecutive failed rainy season in the past four years. Some areas, which have traditionally enjoyed surplus food production and high yields, such as central Kenya, have reported diminished harvests and growing hunger.