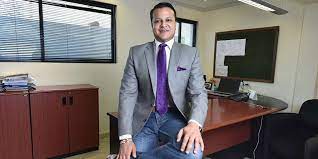 Diani Reef Beach Resort & Spa Managing Director Bobby Kamani has been appointed as a member of the Kenya Tourism Board for a period of three years.

The appointment was made by President Uhuru Kenyatta and gazetted by Tourism Cabinet Secretary Najib Balala.

Joanne Mwangi-Yelbert was appointed the new chairperson of the Board.

In the new appointments, Simon Gicharu who is the founder of Mt Kenya University will now serve on the Water Services Regulatory Board.

Others appointed to boards include former Nation Media Group CEO Linus Gitahi who will now chair the Rivatex East Africa board and Gen (RTD) Joseph Raymond Kibwana who will chair the Kenya Ports Authority (KPA).

Omar Mohamed will serve as the chairperson of the Kenya National Library Services board as Fatma Naman Muses joins the Kenyatta International Convention Centre (KICC).