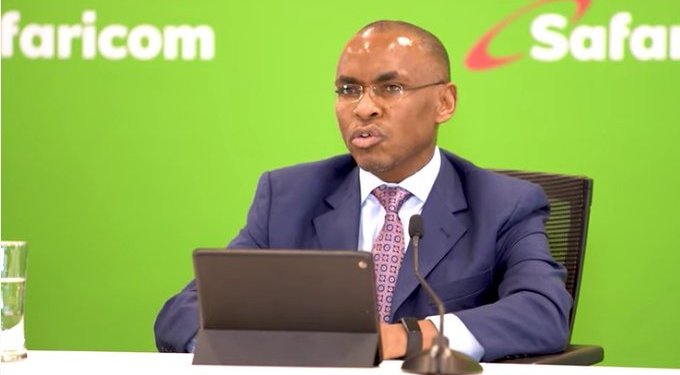 The telco’s revenue were mainly driven by service revenue which grew by 16.9% to Ksh 138.4 Billion with Mpesa revenues being the main driver of the growth. Mpesa revenue grew significantly by 45.8% year on year with total transaction value jumping 51.5% to KSh 13.7 Trillion while volume of transactions rose by 42% to 7.3 Billion.

Mobile data revenue was up slightly by 6.3% as the company said performance was weighed down by “price rationalization, absorbed tax from excise duty adjustment on data from August 2021 and a lapping effect of the accelerated growth recorded in H1 FY21 at the onset of the pandemic in Kenya.”

According to the financials, capital expenditure for the six months period ended 30 September 2021 rose by 0.3% to KSh 22.81 Billion.

The telco’s borrowings as at 30th September stood at KSh 77.0 Billion with cash and cash equivalents standing at KSh 26.45 Billion leaving a net debt position of KSh 50.54 Billion.

The company also revealed that theyundertook a one-year bridge facility of USD 400 Million to finance the payment of license fees for the telecommunications license awarded to the Safaricom-led consortium by the Government of Ethiopia.

“We are currently seeking to term out the bridge facility through a long-term debt arrangement so as to manage our working capital requirements in the short term and minimize the currency risk for the dollar loan.” the telco noted.

The company’s board did not declare any interim dividend payment.

Safaricom’s share price was up slightly on Wednesday as investor digested the earnings results. Of great concern to investors was the escalating conflict in Ethiopia and how that will affect the launch of the operations targeted in mid 2022.