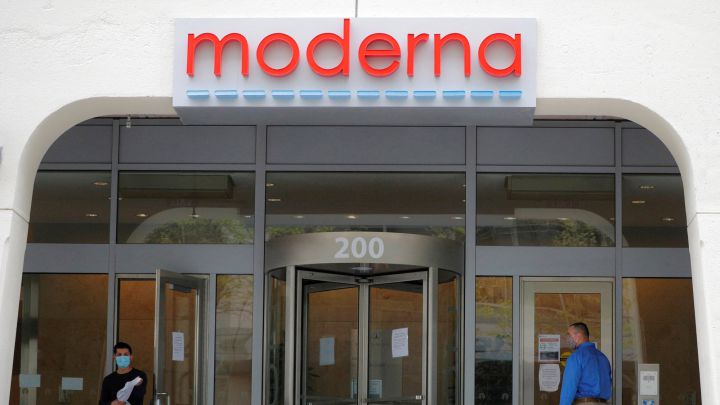 Moderna hopes to use the facility to supply doses of its Covid-19 jab to African nations as early as next year, in a bid to boost vaccine coverage on the world's least immunised continent.[Photo/Brian Insyder/REUTERS

US vaccine maker Moderna announced Monday that it would build its first mRNA jab-manufacturing facility in Africa after signing an agreement with Kenya’s government to produce up to 500 million doses a year.

The company said it expected to invest $500 million (~R7.66 billion) in the new facility, which will produce vaccines for the continent of 1.3 billion people whose population has been largely shut out of access to Covid jabs.

“Battling the Covid-19 pandemic over the last two years has provided a reminder of the work that must be done to ensure global health equity. Moderna is committed to being a part of the solution,” the company’s CEO Stephane Bancel said in a statement.

Moderna said it hopes to use the facility to supply doses of its Covid-19 jab to African nations as early as next year, in a bid to boost vaccine coverage on the world’s least immunised continent.

“Moderna’s investment in Kenya will help advance equitable global vaccine access and is emblematic of the structural developments that will enable Africa to become an engine of sustainable global growth,” Kenya’s President Uhuru Kenyatta said.

More than a year after the world’s first Covid-19 shot was administered and two years into the pandemic itself, just 12.7 percent of Africans have been fully immunised, according to the Africa Centres for Disease Control and Prevention (CDC).

The pandemic has exposed Africa’s huge dependence on imported vaccines and its tech weakness compared with Europe, China and the US.

Moderna’s announcement follows a decision by the World Health Organization to create a global mRNA vaccine hub in South Africa last year, with Kenya among six African nations selected to be the first recipients of technology aimed at enabling local manufacturers to make jabs.

WHO chief Tedros Adhanom Ghebreyesus has repeatedly called for equitable access to vaccines in order to beat the pandemic, and attacked wealthy nations for hogging doses.Currently only one percent of the vaccines used in Africa are produced on the continent.

African – and other developing – nations are pushing at the World Trade Organization for a temporary intellectual property waiver to allow the generic production of Covid-19 vaccines and treatments.

Europe – the home of some of the major companies behind the vaccines – has opposed the move, arguing that the first priority was to build up production capacity in poorer countries.