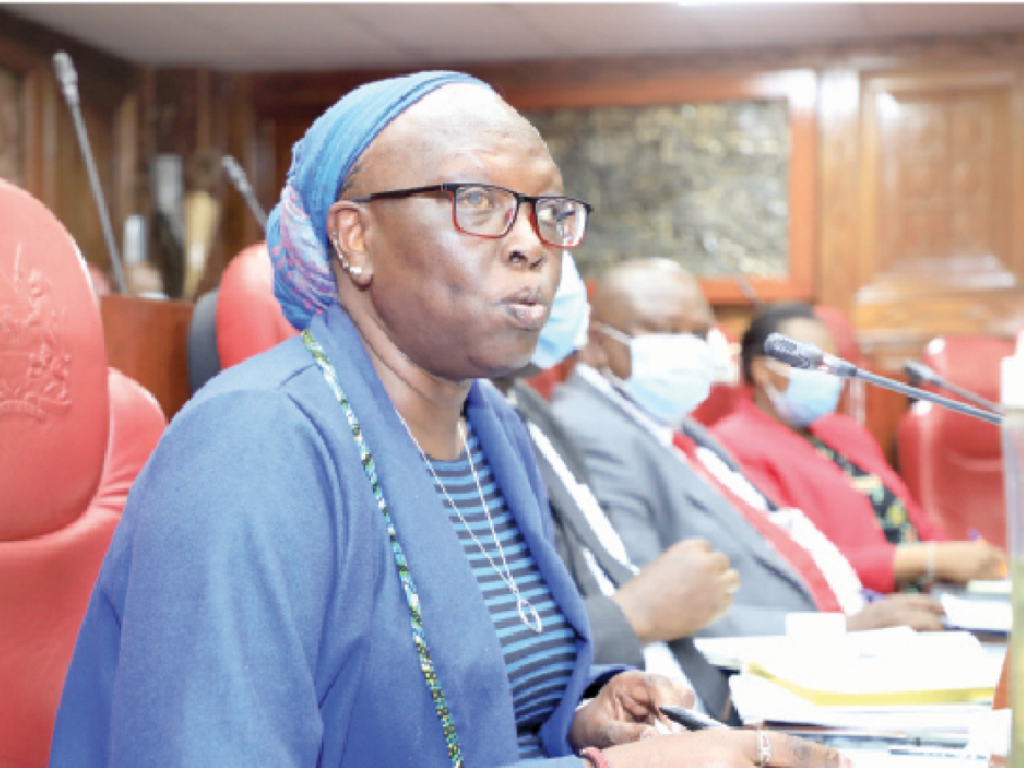 Kenya’s Industrialization, Trade and Enterprise Development CS Betty Maina on the sideline of the WTO Ministerial Conference in Geneva /COURTESY

The two countries will in the next three months develop a detailed roadmap for engagement in the areas of agriculture, digital trade, good regulatory practices, trade facilitation and customs procedures, anti-corruption among others.

During a virtual meeting held Thursday, Ministry of Industrialization, Trade and Enterprise Development CS , Betty Maina and United States Trade Representative, Katherine Tai  noted that those issues will assist them develop a roadmap for enhanced cooperation between the two countries.

In the deal, Kenya and the United States will consider measures to facilitate agricultural trade and enhance transparency and understanding of the application of science- and risk-based Sanitary and Phytosanitary (SPS)measures.

The two countries will also engage in information sharing of best practices to prevent and combat bribery and corruption and will explore negotiating specific commitments.

“Kenya and the United States believe that MSMEs are key elements to promote sustained economic growth, including for women-owned enterprises. The two countries will discuss approaches to integrate MSMEs into international trade,” a statement from the Trade Ministry reads.

Further, the two countries will discuss the role of standards, conformity assessment procedures, and technical regulations that have a significant impact on trade, including opportunities to reduce impediments to trade due to differences in their respective systems.

The US will also seek to enforce a deal signed in 2014 that provides for “the legal framework for the exchange of information and evidence to assist countries in the enforcement of customs laws, including duty evasion, trafficking, proliferation, money laundering, and terrorism-related activities.”

Kenya has long sought a full free trade agreement with the United States, and negotiations for such a deal to lower bilateral tariffs were launched by the Trump administration with the east African country in 2020.

But the Biden administration, which has shunned traditional trade deals, sought more time to scrutinise the pact.

The talks were also disrupted by the Covid-19 pandemic before the US elections.

The US is pushing for favourable terms among them a duty-free market access for its goods, including agricultural and industrial, in a move aimed at taming the growing dominance of China’s trade with Kenya.