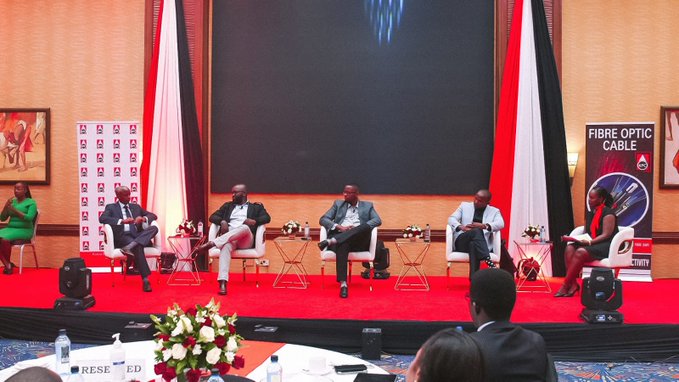 In a bid to diversify its revenue streams, Kenya pipeline company has ventured into the fibre optic cable business after launching a cable that will run alongside it soil pipeline from Mombasa to Nairobi, through Nakuru to Eldoret and Kisumu.

The single-mode fibre (SMF) product which was initiated in 2018 is under a tier 2 network infrastructure license from the Communications Authority of Kenya.

During the launch of the cable, KPC Managing Director Macharia Irungu said that agency opted to leverage its infrastructure and provide ICT infrastructure which will improve internet connectivity to Kenyans, especially in the rural areas.

“Just like in the pipeline business where we enable economic growth through fueling the economy, through fiber optics, we are enabling internet connectivity in support of the Government’s agenda of ‘Internet Mashinani’,” he said.

“We purpose to improve internal communication infrastructure for the country, diversify into the data communication sector to create a new revenue stream, and utilize technology as a business driver for both ourselves and our customers,” he added.

Its clients include telco service providers and ISPs with data and internet carriage such as Safaricom, Airtel, and Jamii Telco Limited among others.

Since it runs parallel to the oil pipeline, Irungu noted that the cable will be secure and heavily guarded against fibre cuts.

“Through the dark fiber carrier-of-carriers’ business, we seek to spur change in the industry landscape for our customers, Government institutions,  three international data & voice gateway providers as well as other tech-oriented corporates,” he said

KPC has no visibility of the data and only bills based on lease KMs.Communications Authority Chief Executive Officer, Ezra Chiloba, who was in attendance lauded the initiative saying it will be a great boost to the integration of  Information Communication Technology (ICT) into all sectors of the economy.

“At this time, nearly all sectors are dependent on IT and through such an initiative, the country will be more connected and will subsequently boost the economy and ease the cost of living,” he remarked.

Mucheru, on his part, urged other companies like Kenya power and Ketraco who have the ‘right of way’ to launch such an initiative to improve the country’s infrastructure.