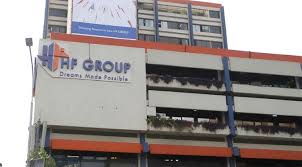 HF Group, a Nairobi listed mortgage lender has begun the process of seeking strategic investors to acquire a stake in the firm. The aim of the proposed transaction is to strengthen the Group’s capital in line with its strategic direction.

According to Robert Kibaara, the Group’s CEO, the process is still ongoing and that no formal transaction has been concretized.

The HF Group was registered as a non – operating holding company (under the Banking Act Cap.488), regulated by the Central Bank of Kenya (CBK) in August 2015. The holding company oversees the operations of the Group subsidiaries, which include HFC, HF Insurance Agency, HF Development and Investment (HFDI) and the HF Foundation.

The HF Group structure was set up to enhance corporate governance, provide oversight in the management of the subsidiaries and ensure optimal growth at both Group and subsidiary levels

The HF Group is listed on the Nairobi Securities Exchange (NSE), and has four operational subsidiaries; HFC Limited – licensed to carry out the business of mortgage finance as well as banking services under the Banking Act. 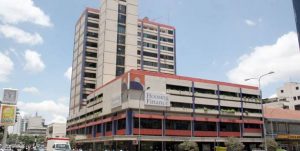 During the 2020 period, the Board gave approval for additional capital in the form of debt from the Group’skey shareholder, Britam Holdings Plc which was received on 1st February 2021.

This capital of KShs. 1 billion, is set to power business growth and specifically the diversification into full-service banking.

Whilst the Group’s overall financial performance was side-tracked by the pandemic, the full-service bank proposition has taken off; SME and Personal banking business units have been set up and are already making a contribution to the business. During the period deposits grew by KSh3 billion and customer numbers by 25 per cent.