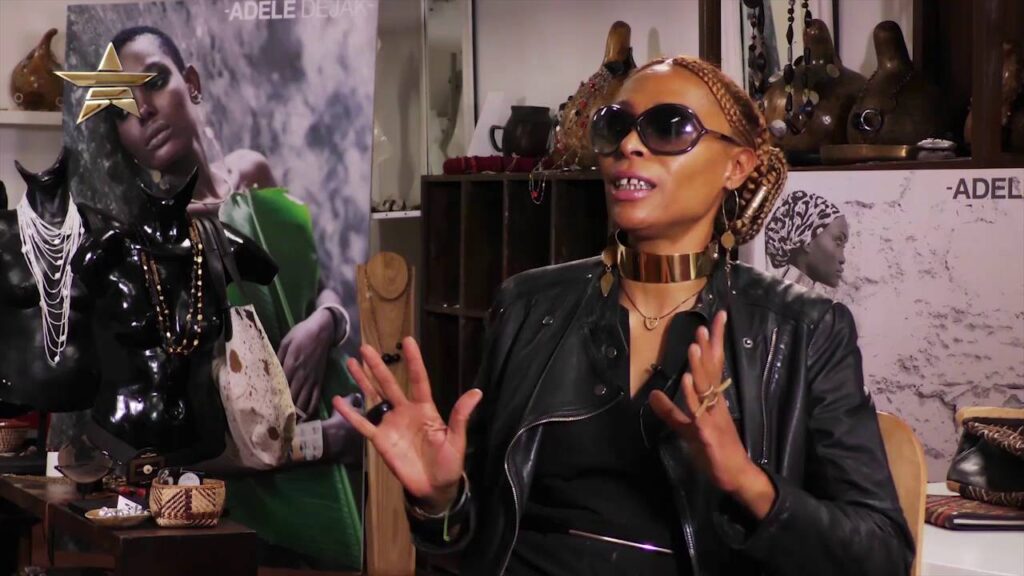 When the movie Black Panther aired on screens across the globe in February this year, many viewers took it as a simple cast meant to entertain. After all, this was just some creative play cast out of a fiction-based state in East Africa- the Wakanda.

But beyond the lenses that captured the movie, was an artistic exhibition of the rich African culture and heritage that most viewers were oblivious of. The Wakanda nation is a fascinating one, with supreme wealth and medicine.

Its people travel by super-speed magnetic and flying cars. And the nation’s locals wear Afrofuturistic garments adorned with traditional garments and jewels. Black Panther is an exemplary representation of ancient Africa, whose people were easily identified by their way of dressing, speaking and food.

The culture has gradually been neutralized by modernity. And it has successively become rare to interact with some of the continent’s key traditional tractions, especially the unique fashions that identified her tribes.

Kenyan-based designer Adele Dejak is among the handful African creatives focused on reclaiming this dying heritage.  She creates accessories that combine contemporary style and African traditions, sourcing all her tools of trade from the East African country.

“Each collection is inspired by Africa. Every single accessory made resonates to an African tribe or culture. I think this is what makes my brand stand out,” she tells this publication during an afternoon interview at her studio in Kiambu, a suburb of Kenya’s capital Nairobi.

In her two shops- the one in Kiambu and another at village market- are arrays of handcrafted pieces of bracelets, necklaces and handbags inspired by African textiles, cultures and traditions. “We make these artifacts right here in our studios or by collaborating with our established network of partners,” she says.

“After doing thorough research on the most marketable accessories, I send out my dedicated staff to collect used scrap metal which are smelted and molded into various shapes of bracelets and necklaces. We also consider garments from some of the most unique tribes in the region, such as the Maasai and Samburu, who have enabled us design handbags from their traditional fabrics.”

Born to a British father and Nigerian mother from Kano state, northern Nigeria, Adele inculcated in her the passion for design at a tender. She was fascinated by the traditional dresses her grandmother wore going about her businesses in the compound. In her simple traditional fabric and a beautifully designed necklace of beads, the old lady don a mark of Nigerian entity which distinguished her tribe from the more than 250 ethnic groups in the country.

It was this way of life that inspired Adele’s presentation when she was admitted at a London boarding school. She preferred to have her hair plaint with beads, a decision that put her at loggerheads with the school administration, insisting she had to remove the beads so as to be uniform with other students.

According to Adele, despite operating by the rules, she found a way to reconnect with this unique presentation through her grandmother when she travelled to visit her during holidays.

“Since I had not learnt the local language and my grandmother wasn’t also conversant with English, language barrier forced us to spend most of our leisure time designing artifacts with beads,” she says.

She would later study law as her first degree at Middlesex University, London. But due to the pressure to fulfill her childhood dream refocused her mind to design, graduating with certificate in Typographic design from the London College of Printing, now called London College of Communication.

Originally, Adele says, she designed and created bracelets for herself. She could not find designs that connected with her style. But due to market demand for her signature jewels, she founded Adele Dejak the brand in 2008, with its headquarters in Nairobi.

“I am constantly evolving and drawing on the dynamic rich African heritage to create products which celebrate beauty and design on the continent, showcasing the African luxury movement,” she says in a statement, adding: “My designs give women the opportunity to be daring, sophisticated and confident with our bold and delicate pieces.”

With a workforce of 11 employees- as well as outsourced independent artisans, the firm now has a long list of collections including Dhamani, Uriithi, Taraja and the Mila, each symbolising a particular event, culture or treasure of an African tribe.

Its latest collection, for instance, titled; Dhamani– Swahili word for precious, symbolizes East Africa ‘as the incubator of life and witness to the evolution of man.’

“(The collection) was inspired particularly by the story of Hell’s Gate Gorge in Naivasha. It is said that a volcanic eruption, which killed over a hundred Maasais, sculpted the dramatic, stunning walls of the gorge,” the firm notes in a blog, adding with the collection, they ‘intended to recreate the process and have intense and torturous fire bring forth something so breath-taking and wondrous.’

As a way of giving back to the society, Adele says the firm works towards rediscovering and boosting skills and talents of the region’s artisans. It has also  collaborated with various groups in the past, such as the Dadaab Refugee Camp in Northern Kenya and a group of underprivileged women in in Gulu, Northern Uganda to train them on making jewelry and bags.

It’s from such impacts she’s created that made her be recognized by the Lionesses of Africa as one of the 12 enterprising African women transforming the continent.

Adele has also collaborated with fashion icons and reputable brands such as Italy’s Salvatore Ferragamo, Abury Berlin, Samsung/MBFWA Amaze Africa and the Milan Fashion Week Vogue Talents to present and market her collections across the globe. The firm introduced its Swaggy collection of handbags and jewelry to the UK market few years ago and now seeks to be Africa’s leading empire for accessories.

However, Adele says finance still remains a huge challenge to her business. She is looking forward to investors and partners to enable the company realise its vision. She’s optimistic the future holds bright for the business.

“In the next few years, I hope to see my brand have roots in both Europe, United States and around the world, empowering women to be independent and proud of the art and culture,” she says.