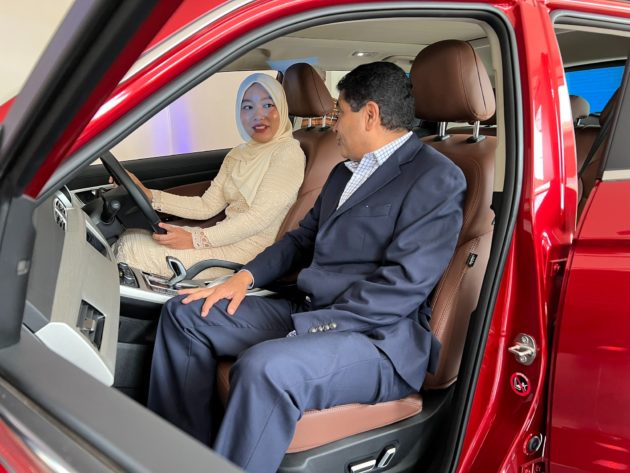 PROTON is one of Malaysia’s top automotive manufacturers with presence in more than 30 markets worldwide.

The brand was first introduced into Kenya in 2020. So far, over 150 vehicles have been sold.

Simba Corp said it had invested over Sh243.1 million ($2 Million) into the Associated Vehicle Assemblers (AVA) for local assembly of Proton vehicles.

Speaking after unveiling the vehicle, Simba Corp Chairman Adil Popat said the sell of Proton X70 started two years ago with the assembly of the Proton SAGA at our AVA facility in Mombasa.

“The local assembly of Proton SAGA has helped us to introduce the Proton brand into the Kenyan market. Today marks another milestone as we launch the PROTON X70,” Popat said.

“We are very excited that the market has embraced this brand, and we are happy to continue introducing new Proton products into the market,” he added.

According to a TechSci Research report, growing demand for performance cars, increasing product offerings, rising preference for off-roading activities and expected entry of several automakers will drive the sales of SUVs in Middle East & Africa through 2023.

“We are proud to partner with a strong brand such as Proton, the largest automotive manufacturer in Malaysia,” Simba Corp CEO Dinesh Kotecha said.

“After the success of the Proton SAGA, the first fully built, locally assembled salon car, we are proud to now introduce the brand-new PROTON X70.” He added.